COVID-19: The Good, the Bad and the Ugly

It's been eight months since my last post and a lot has happened since then. At the time I was cautiously optimistic that we'd be able to get this pandemic under control more quickly. I thought that it would peak in Europe by mid April and in North America by early to mid May, and that by June we'd be able to lighten some of the restrictions, which we did to some degree. Of course, it would play out differently in other countries depending on when it started and the local response to it. At this point I have to admit that I was overly optimistic. This virus is far more contagious than I expected and many of the governments of countries that were affected later who had the opportunity to watch this play out elsewhere did not take advantage of the delay and prepare in advance for the arrival of the virus in their region. Now, as the second wave is well under way, it is apparent that in spite of everything that we've learned this pandemic is going to get worse before it gets better.

Like it or not, we live in a world where global pandemics are inevitable. It was never a question of if, but of when and how bad. When the H1N1 and SARS-CoV pandemics occurred, I was expecting them to be far worse. I was surprised and grateful that they were able to be contained as quickly as they were. When the current pandemic began, given how it started and that it was another corona virus, I was more optimistic that we would be able to contain it more quickly given how the last two outbreaks played out. That has not turned out to be the case. This virus is far more difficult to control.

One of the major challenges is that, due to the lack of adequate testing capacity, we don't really know how many people are infected with the virus who are asymptomatic or have mild symptoms. There could be many more people out there who are or have been infected by the virus than the number that have tested positive. Having a higher number of unrecognized COVID-19 cases has two important consequences, one negative and one positive. The negative consequence is that it will be much more difficult to control the spread of the virus, which is proving to be the case. The positive is that it is possible that the virus is less harmful than it appears, since there may be a much larger number of people who contract it and have minor or possibly no symptoms. Unfortunately, we still really don't know. The situation is even more complicated by the fact that there were already several cold and flu viruses circulating before COVID-19 arrived, and this is still the case. Unless we test everyone it is impossible to know who has what.
We are now well into the second wave which is turning out to be much greater than the first wave. This is inevitable. It is partly the result of the natural way that a viral pandemic of this nature plays out, and it is also driven by opening up and reducing restrictions due to economic concerns, pandemic restriction fatigue resulting in a portion of the population not following public health guidelines as strictly as they should, and extremists disseminating conspiracy theories. 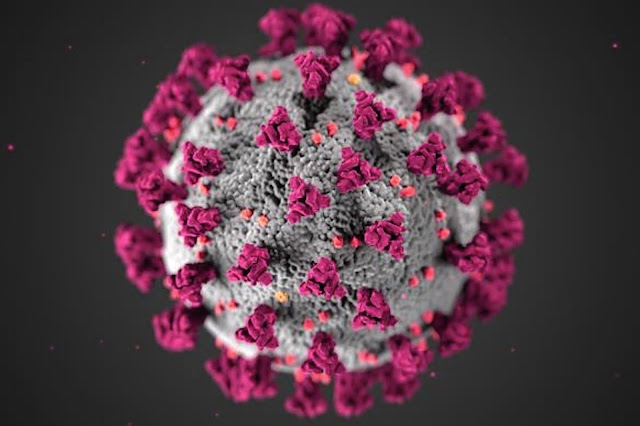 Like it or not, COVID-19 is here to stay.
We live in a complex world. When we feel a sense of loss of control it is human nature that we tend to look for simple linear answers to blame things on. It's a way of not taking responsibility, creating an illusory sense of control by thinking we know the answers, and having something to point at and direct our fear and anger. This is not productive. It is a big, mysterious world that we live in and our ability to control our lives is limited. Most of these stories start with a few facts, add a good dose of paranoia, and blow it up into something that is highly unlikely and can't be verified. There is no doubt that there are very powerful people, companies and organizations in the world that are doing their best to manipulate things in order to maintain their power and wealth. Ultimately, even they aren't really in control. Nature always has the last word! Are some of these conspiracies true or even partly true? Maybe, but who cares? What is the point worrying about something that may or may not be true, can't be verified, and over which we have no control? We think that we are empowering ourselves but we are actually disempowering ourselves. We are succumbing to unnecessary fear and anxiety, and possibly not acting on the things that can really make a difference in our lives. The net result is less physical, emotional, mental and spiritual well-being, not more.
Even though the pandemic response has at best been based on educated guesses, there is some good news. At the very least we are learning more about this illness and how to treat it. Although with the second wave the number of infections is going up, the number of fatalities is decreasing in many areas. We are also getting a better sense of what works and what doesn't help slow down the spread of this illness.
There are also some mistakes that have been made. In many areas they restricted access to public outdoor spaces. The risks of spreading the virus in these environments are almost zero if people practice social distancing, which is not hard to do. We need fresh air, exercise and time in Nature—now more than ever! This is not only important with regard to our physical health. We have seen consequences of the pandemic restrictions on peoples emotional state. We are much better off taking a walk in the woods than staying inside surfing the Internet. This is something that public authorities should be encouraging, not discouraging.
Another concern is the constantly changing narrative. I realize that governments and public health authorities are doing their best to provide up-to-date information, but presenting ever-changing scenarios about how things are or could play out as if they are based on fact and not just educated guesses has backfired—and yet they are still doing it! This approach frustrates people who are just trying to get by. Some people react with a lot of anxiety and fear; living their lives in accordance with the worst case scenario. Others have stopped trusting the information that is out there and aren't taking the restrictions seriously. This approach has also provided more fodder for the conspiracy theorists. It's time for the medical and political pundits to admit that they really don't know, while urging appropriate levels of caution. 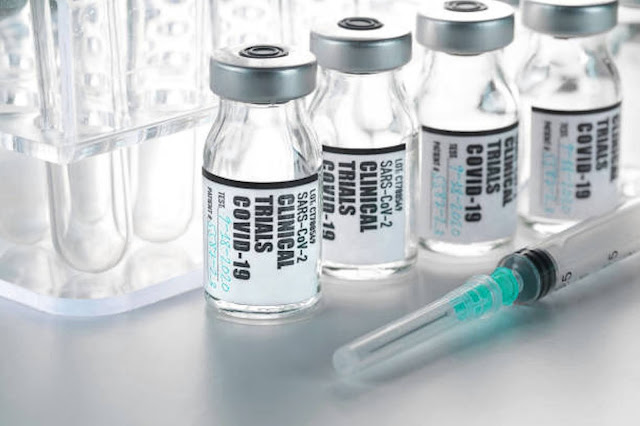 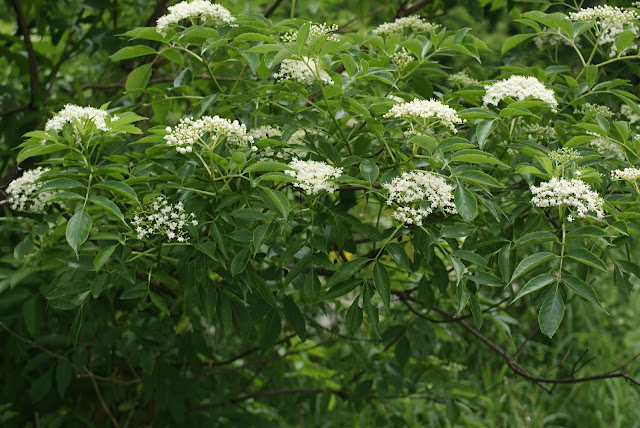 Black elder flower (Sambucus nigra) is an excellent antiviral and immune stimulant herb
that also lowers fever and supports normal respiratory function.
In the mean time, even if the pandemic plays out the way I have indicated, slowing down the spread of this virus is still very important to help protect vulnerable populations and prevent our health care systems from getting overwhelmed. This is our best option until we reach the necessary threshold of herd immunity through natural infection and possibly with the help of one or more vaccines. At that point, hopefully, the severity of symptoms associated with this virus will be similar to common cold or flu viruses.
Social distancing is a no brainer where appropriate, and there is now plenty of research that indicates that masks are effective in helping to control the spread of the virus. A lot of the masks that people are wearing aren't perfect because they allow air in and out along their edges. In order for them to work best we need to be drawing air in and out through the fabric. Nevertheless, research has demonstrated that even this imperfect option still helps a lot. What seems to work best are multi layered reusable cloth masks. It's best to have more than one and to wash them regularly if you are out in public a lot. Paper masks aren't any better and are resulting in a lot of unnecessary litter and landfill. You can also increase the effectiveness of a mask by tying a knot in the elastics that go around your ears so that they fit a bit more tightly.
Transmission by touching surfaces is proving to be a minor vector. However, when we are in public spaces it's a good idea to be careful about touching our eyes or the inside of our nose. It's still a good idea to wash our hands or use hand sanitizer when we are not in our home environment. Gloves are a complete waste—more litter and landfill—as they do not prevent the spread. The place for gloves is for health care professionals and personal support workers who can change them between seeing the people that they are providing services for. When washing our hands, soap and water is good enough. 'Antimicrobial' soaps are not necessary. Also, use natural hand sanitizers. There's a lot of unhealthy ingredients in the commercial products. I recommend you bring your own with you and don't use the ones provided at the entrances of stores and public places.
Like everyone else, I am making some educated guesses about how this is likely to play out. I could be partly or completely wrong. However, the one thing that you can count on is that it is a balanced educated guess, not one based on an extreme point of view, a potential for economic gain, or some other conscious or unconscious hidden agenda. I'm just trying to present as balanced a perspective as possible from my years of experience in order to help you to make the best decisions that you can.
That brings me to the next point, which is my long neglected blog post series on vaccinations. I apologize for this. I don't do sound bites regarding complex subjects. I like to be as comprehensive as possible. It can take me days to write one of my longer posts, and writing isn't something that I particularly enjoy. Not to mention that my life is pretty busy and I rarely have sufficient blocks of time for this kind of thing. That being said, by organizing a bunch of materials that were already available I was able to get out some decent information in my last post that many people found helpful moving into the pandemic. The good news is that I can reference some of that in my final vaccine post, which will make it easier to complete. Since questions about vaccines are going to be front and centre as we move into the next chapter of our pandemic saga, I am going to do my best to get that last post done before any COVID-19 vaccine hits the streets. In the interim, I strongly recommend that you read The Vaccination Controversy, Part 1 of 3 and Part 2 of 3.
I still stand by all of the recommendations that I made in my first post on this pandemic (see Living With Viruses and Viral Pandemics). It's all there and there isn't much more to add to it. In spite of what some people are saying, there are lots of things that we can do to increase our overall level of health and vitality, and our immune function in particular. As I said in my previous post, there are no quick fixes. Being healthy is a way of life. This is a great time to start prioritizing our health if we haven't been already.
Posted by Michael Vertolli at 7:24 PM