What happened to winter?

Weather changes are often a topic of conversation these days. No matter where we live, anyone who has had the privilege of having been around for a few decades or more can't help but notice that weather patterns are changing — seemingly at an accelerating rate. We don't need the warnings of meteorologists and scientists to verify that. However, their observations and statistics create an awareness that this is a global phenomenon.

Here in southern Ontario this winter has been punctuated by extremes and record-breaking warm temperatures. A lot of our weather has been coming from the southwest instead of the usual west and northwest. What was unusual about December was that it was more like a December from my childhood in the 60's. The temperature was a bit cooler than it has been in recent years and the most surprising thing was that we received a fair bit of snow. But then came January when our weather was more typical of March. During one extended warm period late in the month after all of the snow had melted, I saw a confused little sprout of Virginia waterleaf (Hydrophyllum virginianum) growing on the forest floor. This is definitely one of the earlier plants to emerge in the forests around our home, but typically it sprouts in the second week of April. The earliest I've ever seen it was at the end of the even warmer winter that we had in 20011/12 when it started sprouting on March 20th (yes, I keep track of these things!).

Near the end of January and over the first week of February winter briefly returned — as did the snow. That was great because Monika and I were on a 10 day holiday up on the Zaagiing (Bruce) Peninsula and were able to go snowshoeing every day except one when we had to abort our walk prematurely because of freezing rain.

Since our return the weather has been mostly more like what we would expect in April, with some record-breaking days where it hit the mid to high teens (high 50's to mid 60's in °F). Needless to say, the snow that we got at the beginning of the month quickly melted. The red-winged blackbirds (Agelaius phoeniceus) — always the first birds to return to this region from their winter migration — arrived on February 20th. Typically they arrive with a thaw in mid March. The earliest I've ever recorded their arrival was March 5th after the very warm winter of 2012. Overall, the winter of 2011/12 was warmer than this one with temperatures staying fairly consistently above freezing, even at night. There was also virtually no precipitation that winter and, with the significantly higher than normal temperatures and no snow to melt, we were in drought conditions by the end of April. However, that winter we didn't get the more extreme high temperatures that we have had this year.

This kind of weather can have significant negative consequences for the local ecosystem. For instance, a rapid thaw or rain while the ground is still frozen prevents the moisture from being able to soak into the earth where it is needed and instead it runs off into creeks and rivers, sometimes causing flooding and significant erosion. On the flip side, if the temperature suddenly drops and there is no snow cover to insulate the ground the frost can harm plant roots, seeds and hibernating animals.

The sprouting and leafing out of plants is regulated by temperature and/or length of daylight, depending on the species. Those plants that respond primarily to temperature can be fooled into sprouting or leafing out prematurely. During the late winter of 2012 the trembling aspens (Populus tremuloides) — the first trees to flower and leaf out in our region — started flowering on March 11th and then a brief cold snap a week or so later wiped out their flowers. Typically they flower late March to mid April. This year the buds started opening on February 27th! It usually takes a week or two for the catkins to fully emerge and start flowering, depending on the temperature. As of today they were already about half open. The temperature is expected to drop significantly for a few days. That means that there will be few if any trembling aspen flowers this year. 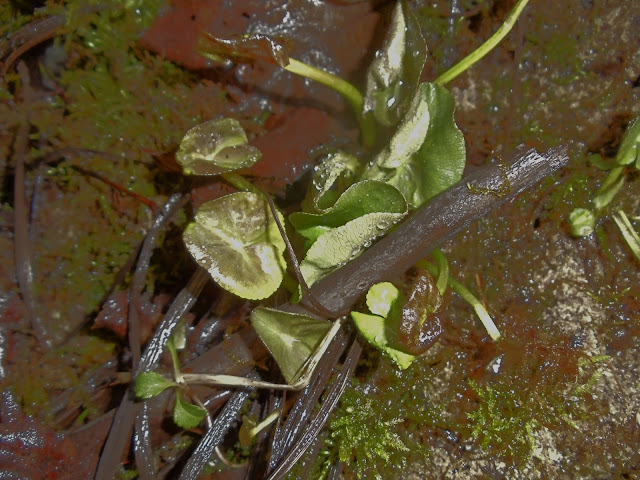 We've always had at least one pair of eastern phoebes (Sayornis phoebe) nesting around our home. They are a constant presence on the landscape during the warmer months and I love their soft gentle calls. They are also one of our earliest arrivals. Typically, they show up somewhere between the very end of March and the end of the first week of April. Last year we had a couple of unusual warm periods at the beginning and middle of March. The red-wings arrived a bit earlier than usual and the phoebes arrived shortly after them in mid March. Phoebes feed almost exclusively on flying insects and I was a bit concerned about this. Sure enough, we had another cold snap that lasted more than a week. It killed off all of the early flying insects. The phoebes tried to survive by eating insects off the ground, but the the ground quickly froze. Sadly, our pair of phoebes died as a result. The constant presence of their calls was really missed last year. I hope a new pair moves in this year.

Today, when I was out on my daily walk through the fields and woodlands around our home it was about 13°C (55°F) and there was a gentle warm moist south wind. In the woods to the south of us there is a spot where water bubbles up through the soil from deep in the earth. There's an orange-red slime that forms there because of the high iron content of the ground water in this area. What characterizes this spot is that it is warmer than the surrounding soil because the water deep down is warmer than the surface during the colder months. Consequently, this spot is often thawed when the surrounding area is frozen and it is also the first spot where some of forest plants that like a lot of moisture sprout in the spring. Today the marsh marigolds started sprouting there. Typically, they start sprouting around the same time that the trembling aspens go into flower (late March to mid April), but in this spot they tend to sprout a week to ten days earlier — mid to late March.

As I was returning home this afternoon the wind started to shift from the south to the southwest and cool down a bit. It is expected to shift to the northwest later this evening and drop to around -7°C (19°F) — quite a drop! That is unfortunate for the trembling aspens and marsh marigolds.

What can we learn from this? These are warning signs that we ignore at our peril! Weather changes are a more obvious manifestation of what is happening all around us. The weather is very present and volatile, and speaks loudly. We all notice it, but it is so easy to return to status quo when things go back to what looks like "normal." What we have forgotten is what indigenous people have always known — life is about the quality of our relationships.

Healing is also about the quality of our relationships — with our self, our family, our community, our society, the plants and animals that we share this world with, the Earth, and Nature as a whole. The Anishinaabe word for medicine is mashkiki, which I have read literally means "strength of the earth." How appropriate! Everything is interconnected. The path of our personal healing necessitates that we work to bring back into balance all of our various layers of relationship. This requires humility, love, compassion, empathy, forgiveness and gratitude. With that comes wisdom. Blame, anger, confrontation and hopelessness are not the answer. They perpetuate the disharmony in the world and distract us from our real work — which is on ourselves.

We all have our personal story which has led us to this moment, but in our hearts we all have the same needs. Most of the land owners, corporate heads, politicians and other people who are "leaders" in our society have bought into a story that isn't real. What they need most is our prayers of love and healing, and positive example. As each of us does our best to live our life in a good way we create ripples through society and the world. We can change the world — by changing ourselves and moving in the world in balance and harmony — one step at a time! 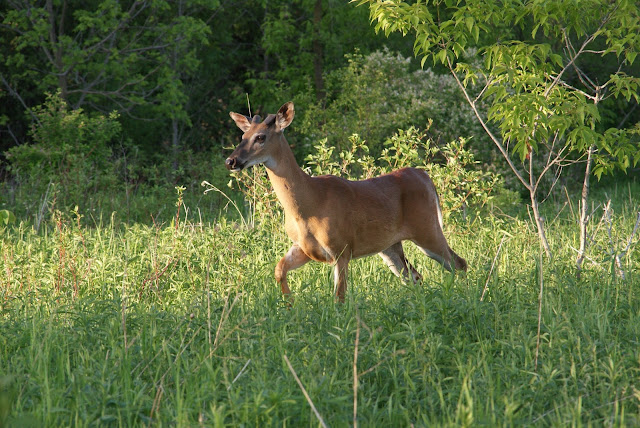 Our many "elders" among the plant and animal people can help us to learn how to live in a good way
— if we listen!